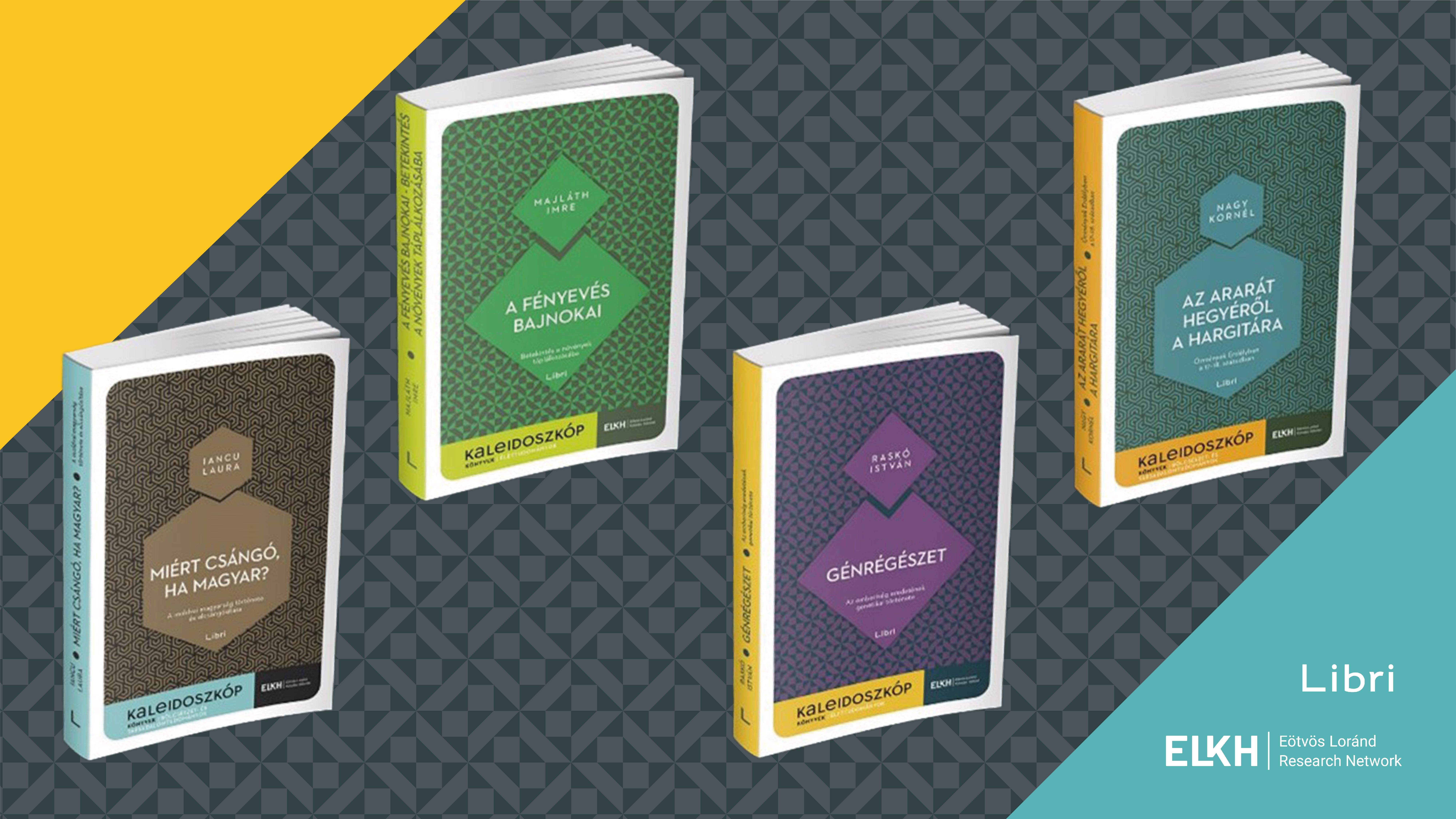 The Eötvös Loránd Research Network (ELKH) has launched a new educational series of scientific paperbacks entitled Kaleidoscope Books in collaboration with Libri Publishing and the Foundation for Hungarian Culture. The aim of the initiator ELKH Secretariat is to present the latest and most exciting results from Hungarian research to a wide audience interested in science. The authors of these works dealing with diverse scientific topics in the fields of mathematics, natural and life sciences, as well as the humanities and social sciences are all ELKH researchers. The first four volumes of the series are now available at Libri bookstores and online at libri.hu. With the support of the Foundation for Hungarian Culture, each volume of the series will become available at secondary school libraries across the country.

Discussing the launch of the series, ELKH President Miklós Maróth said, "With the Kaleidoscope Books educational series we aim to introduce readers to the extraordinary knowledge found across the research network and the latest scientific results in a way that a wider audience can understand, covering intriguing topics from the area of mathematics, biology, physics, history, literature and space science, among others. Our objective is also to encourage young people to choose research as a career, since in our ever-accelerating world it is only through research that we can provide real, long-term sustainable answers to the countless new challenges we face."

On the occasion of the publication of the first volumes of Kaleidoscope Books, Bence Sárközy, managing director and publishing director of the Libri Publishing Group, said, "Whether the scientific community can renew the language of a people in parallel with the development of scientific views also depends on whether there is a continuous opportunity to publish relevant findings in the given language, and also whether there are readers who are worth addressing and a channel through which potential readers can be reached. If there are no such possibilities and there is no sufficient audience, science necessarily switches to another language. However, if we succeed in creating this opportunity, we will both be able to translate the international scientific discourse of our time, and to invite assessment of our own contributions in our own environment. The volumes of the Kaleidoscope Books seek to undertake this task. Libri Publishing can add to this as much as book publishing has brought to education for centuries: it nurtures the texts, takes care of packaging and distribution to ensure the content encoded in the text is available and consumed in the best possible form – and may even be exceeded over time.”

According to Szilárd Demeter, chairman of the board of trustees of the Foundation for Hungarian Culture, "The pandemic has shown how great the dangers are in a changed communication space . The antidote to this is to initiate processes that both strengthen the credibility of science and return Hungarians to their own reality. Therefore when Professor Maróth approached us with the idea of launching a popular science series authored by ELKH researchers, we were delighted to support the initiative. We can help with making these publications available to school and public libraries, and we assign a prominent role to the presentation of the volumes in the program offered by the Petőfi Cultural Agency."

Laura Iancu: Why are they Csángós, if they're Hungarian? The story of the Hungarians of Moldavia and how they became Csángós 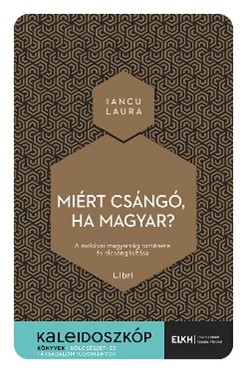 The reasons behind the hundreds of years of existence of ethnic Hungarians in Moldavia, outside the borders of the Hungarian state, has long been a highly engaging question for ethnographers. How can we explain how these communities have been able to preserve their identity even through the often stormy and difficult centuries? How did they form culturally and develop a specific folk culture and tradition that is unique to them? Why are they still referred to as Csángós today by scholars and in the Hungarian press given that this term was always a pejorative name in Moldavia and is to this day considered stigmatizing by this group themselves?

In her thorough and remarkable work, ethnographic researcher Laura Iancu seeks answers to these questions by outlining the historical background and presenting the ethnographic and cultural characteristics of these people. The book is enriched by a collection of texts from different eras and settlements, which gives a glimpse into the worldview and way of thinking of the ethnic Hungarians of Moldavia.

Laura Iancu is an ethnographer, poet, writer and an employee of the Institute of Ethnology of the ELKH Research Centre for the Humanities. Her main field of research is the religion and identity of the Hungarians of Moldavia.

Imre Majláth: Champions of Light-Eating – A Look Into the Nutrition of Plants 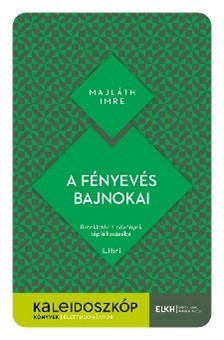 Without plants, the world would be much different from the one we know today. They form the basis of the food chain, on which the existence of both animals and humans depends. But how do plants themselves feed, and on what? How are they able to generate life-giving organic compounds from lifeless water and sunlight? The answer to these complex questions can be summed up with a single word: photosynthesis. This book shows how the tiny solar power plants and sugar factories at work in the leaves of plants operate, from trapping sunlight to producing sugars. As in every factory, system malfunctions can occur here too, so solutions for such problems are also discussed: for example, how plants living in extreme conditions photosynthesize. As a conclusion, we also get an answer to the question of whether it is possible to improve on this precisely regulated process with modern biotechnological tools.

Kornél Nagy: From Mount Ararat to Harghita ‒ Armenians in Transylvania in the 17th and 18th Centuries 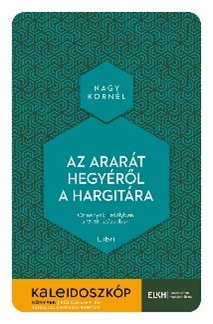 The Armenians are a small nation – with a great historical tradition. Their origins can be traced back to ancient times: they were the first to make Christianity their state religion. However, this country located in a zone where empires frequently collide has had to endure countless trials throughout its history. Religious and ethnic persecution has forced a huge number of Armenians to emigrate from their homeland.

This is how a group of Armenians – after a long period of migration – reached the Harghita region of Transylvania from Mount Ararat in the Caucasus. This book tells their story across the 17th and 18th centuries, from the initial founding of their colonies through the building of a flourishing community. In addition, it tries to put the history of the Transylvanian Armenians in a broader context, covering where and how the Armenian language and people evolved, and also dealing with the birth of their colonies in Eastern Europe.

Kornél Nagy is a historian and Armenologist, as well as a senior research fellow with the ELKH Research Centre for the Humanities, Institute of History. In 2010, he received the award of the National Armenian Self-Government for his work furthering the area of Armenian studies in Hungary.

István Raskó: Genetic Archeology – The Genetic History of the Origins of Mankind 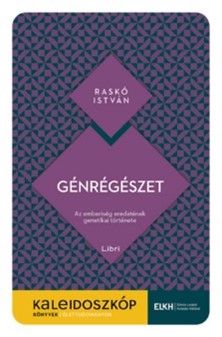 The history of humankind is full of fascinating twists and turns. Empires rise and vanish into oblivion, various peoples fight and ally with each other, explorers set out and find new homelands for themselves. Even if we might not think so, we too carry the great events of history within us. Everything that our ancestors experienced determines who we are and the legacy we pass on to our descendants.

The aim of archaeogenetics is to outline the history of modern humankind based on DNA samples found at archaeological sites, to trace the migrations of ancient peoples, and to discover forgotten threads of kinship. Through research, we can get answers not only to the questions of yesteryear, but also to today's questions: we can learn, for example, how epidemics and hereditary diseases work, and we can discover what makes us all similar, yet still unique.

István Raskó possesses doctoral degrees in biology and clinical medicine. Together with his group at the ELKH Biological Research Centre, Institute of Genetics, he played a pioneering role in the foundation of archaeogenetic research in Hungary. In addition to archaeogenetics, his main areas of research are mammalian cell genetics and human genetics.