The Laboratory of Cellular Neurophysiology of the ELKH Institute of Experimental Medicine (IEM) led by Zoltán Nusser provided novel insights into the nature of functionally distinct synapses made by the same neurons. Comparison of the central synaptic parameters by combining cutting edge techniques revealed that synaptic vesicles are in different maturation states in weak and strong synapses. The results have been published in the prestigious international journal Neuron.

Synaptic diversity has a great impact on neuronal network function. Chemical synapses exhibit structural and functional heterogeneity even within excitatory synapses. The underlying mechanisms have been in the focus of intense research in the past decades, but the exact components are still elusive. Now the results of the group led by Zoltán Nusser solved a piece of this puzzle. A stunning example of synaptic diversity is when the axon of the same neuron forms synapses with different strengths depending on the type of its target cell. The research group previously found that hippocampal pyramidal cells innervate two different inhibitory neuron types with different release probabilities (establishing weak and strong synapses), but the underlying mechanisms remained unidentified. 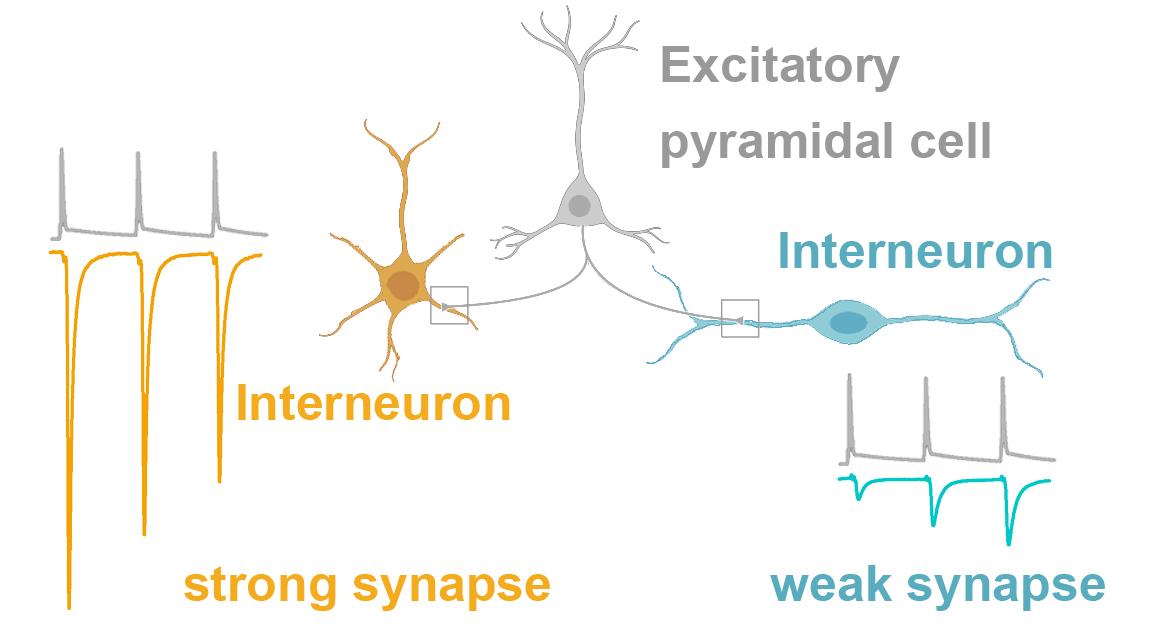 In their current study, the team members Mohammad Aldahabi, Flóra Bálint, Noémi Holderith and Andrea Lőrincz joined forces and with equally excellent contributions they characterized the key parameters potentially responsible for the functional differences. They combined electrophysiology, pharmacology, Ca2+-imaging with high resolution electron tomography and replica immunolabeling methods. They demonstrated that the target cell type-dependent difference in release probability from hippocampal pyramidal cell axons is not the consequence of distinct arrangement and distances of docked synaptic vesicles and Ca2+ channels.

Instead, their data reveal robust differences in the priming (the maturation process that makes synaptic vesicles release competent) state of docked vesicles. By pharmacologically manipulating this process they were able to convert weak synapses to strong ones. 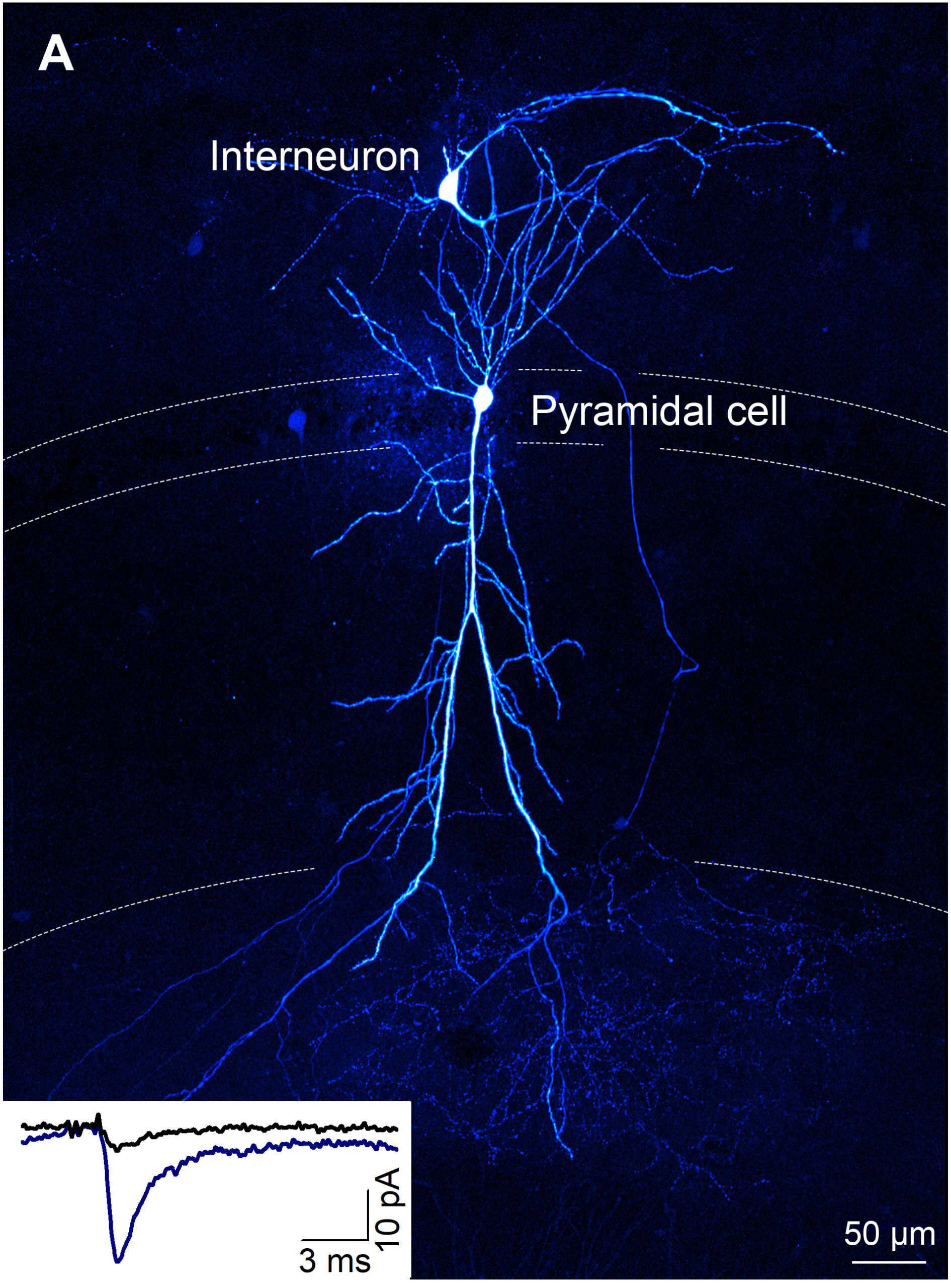 Simultaneous electrophysiological recording and labeling of a pyramidal cell and an interneuron connected with a weak synapse. The strength of the postsynaptic response (black) can be increased with pharmacological manipulation (blue).

The results describe a novel mechanism contributing to synaptic heterogeneity that has important implications on neuronal network function. Understanding the sources and general mechanisms will help to distinguish physiological variability from pathological synaptic dysfunction.

This research was supported by the following grants: