The ELKH Centre for Energy Research (EK-CER) is involved in the design of the concept of DEMO, Europe’s first demonstration fusion power plant. DEMO is the first fusion device with which researchers can demonstrate how to produce 300–500 megawatts of clean and safe fusion electricity for grid use by the middle of the century. On the occasion of the launch of the program, the EUROfusion consortium organized a scientific event in Brussels on July 5, 2022. At the Horizon EUROfusion event speakers gave an insight into EUROfusion’s new, seven-year research program, and also presented collaborations aimed at the development of the European fusion industry and of new technologies. A recording of the event can be viewed here.

The event is the first part of an annual series in which the EUROfusion consortium celebrates European progress in fusion research, including the recent fusion energy production record, as well as results related to the thermal balance of the futuristic fusion power plant.

Representing Hungary, EK-CER is involved in the fusion pilot programs of both Europe and the world as a whole, with Hungary mainly involved through the EUROfusion consortium. The EK-CER fusion laboratories contribute to the experiments of all major fusion projects in many ways.

Within the framework of the DONES (DEMO Oriented Neutron Source) project, specialists perform material irradiation tests that are used to simulate radiation damage in DEMO cases. This makes it possible to examine the materials in relation to the effects created in industrial-scale fusion nuclear power plants. In addition to the engineering work related to the implementation of DEMO, the conceptual design of the DONES Test Cell, which is the central element of the project and is used for the irradiation of materials, is also carried out in the EK-CER Fusion Plasma Physics Laboratory.

The development of fusion energy production

Fusion is the process by which stars, including our Sun, produce energy. Fusion could be a clean, safe and almost inexhaustible source of energy on Earth. It could help us to produce enormous amounts of energy using only a few grams of fuels that are abundantly available worldwide.

The EUROfusion research consortium, co-financed by the European Union through the Euratom research and training program, brings together European experts in the world’s most comprehensive leading fusion research and development program. From JET through ITER to DEMO, the European Fusion Roadmap outlines the consortium’s path towards the realization of industrial-scale fusion power plant technology, which could happen by the middle of the century.

EUROfusion directly supports the implementation of the world-wide cooperative fusion experiment, ITER, and works together with European industry players on the development of DEMO, the first demonstration fusion power plant of its kind. At the beginning of the year, EUROfusion researchers set a new world record of 59 megajoules of fusion energy produced in a single plasma discharge in the Joint European Torus (JET, Culham, United Kingdom), demonstrating the potential of fusion. 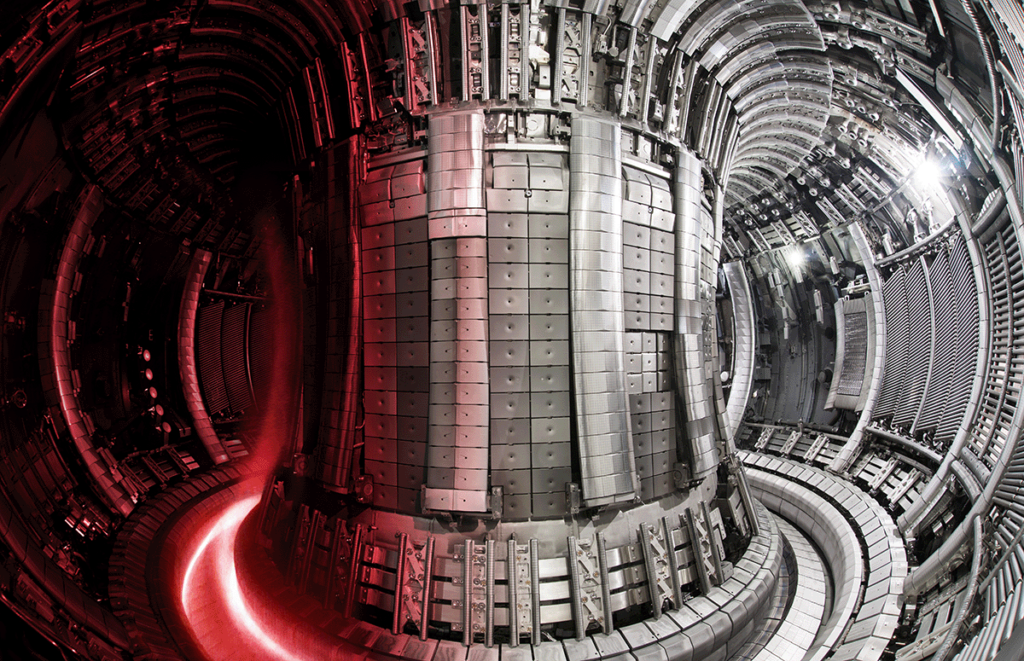 About the EUROfusion consortium

In accordance with the European Fusion Roadmap, the EUROfusion consortium coordinates the activities of experts, students and various facilities across Europe in order to implement fusion energy production. EUROfusion is co-financed through the Euratom research and training program managed by the European Commission’s Directorate-General for Research and Innovation.

In addition to the preparation of the experiments of the international ITER project, the development of the concept of the DEMO European demonstration fusion power plant are also taking place in the EUROfusion program. The program supports fusion education and training and develops the European fusion industry in cooperation with companies.

About the Euratom program

Euratom is a nuclear research and training program to be executed from 2021-2025 aimed at the continuous development of nuclear safety, protection and radiation protection, as well as fusion energy research. It complements the objectives of Horizon Europe, among other things, in connection with energy transition, and contributes to the implementation of the European fusion roadmap.