Innovative and promising research is being conducted at the Maize Breeding Department of the ELKH Centre for Agricultural Research, Agricultural Institute (ATK MGI) to determine significant characteristics with respect to the cold tolerance of inbred cultivars of maize. To this end, the genetic background of maize's cold tolerance was investigated with the aid of the latest marker selection methods (GWAS) using DArTseq technology. Based on the results, the researchers determined the range of genotypes suitable for improving cold tolerance, thereby enabling the cold resistance of commonly cultivated hybrids to be further improved. As a result of the research, the zone where maize is cultivated can be pushed further north and these hybrids can be sown earlier in the year in Hungary, meaning that the flowering stage, the phase most sensitive to water shortages will be more likely to take place unimpeded. This will greatly boost fertility and increase the number of grains per ear. In this way, crop loss due to drought can be stabilized, significantly improving the yield security of maize hybrids.

The Martonvásár maize hybrids, which the ATK MGI Maize Breeding Department has been continuously developing for the past 70 years, have performed excellently even in the drought years that have become more frequent in the last two decades. Dr. Endre Pap, known as a pioneer of maize breeding is credited with creating the Mv 5 hybrid in Martonvásár, which is considered to be the first such cultivar to be inbred in Europe and received state recognition in 1953 for its excellent productivity. During that time, news of Hungary's cutting edge maize breeding and seed production spread all over Europe. Due to the intensive breeding work conducted at Martonvásár over several decades and the emergence of hybrids with a short growing season, the growing zone of this originally heat-loving tropical plant has shifted further and further north. 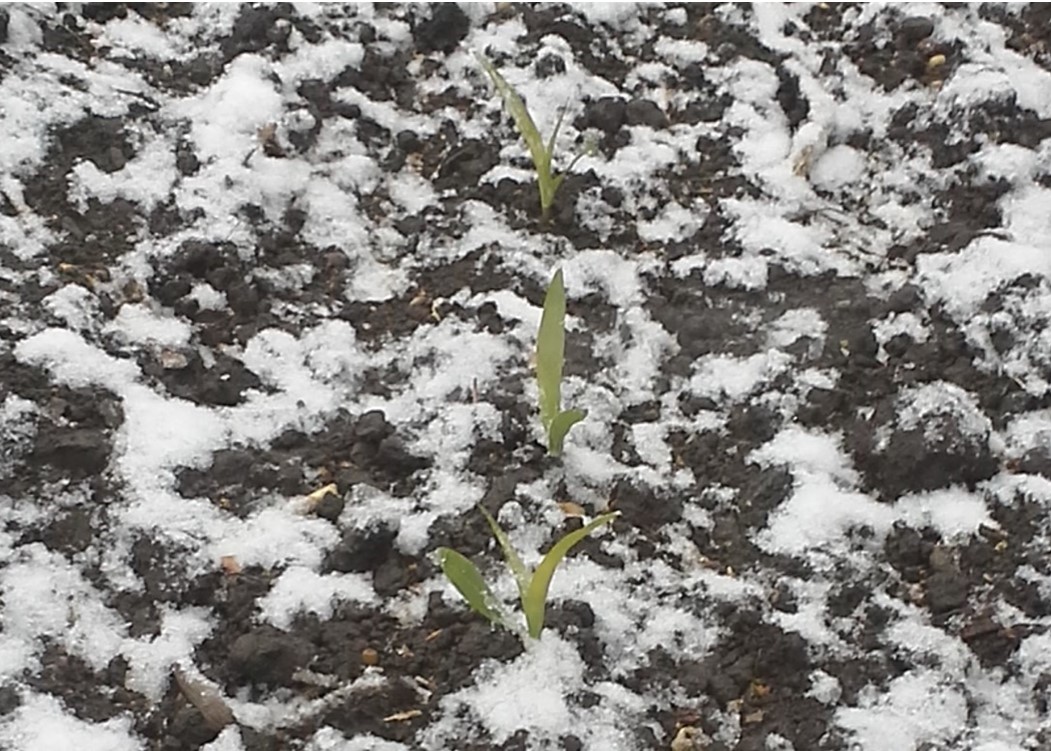 For several centuries cold tolerance was the limiting factor in the spread of maize, as high temperatures are necessary for the germination and growth of this slow-growing plant. Low temperatures cause physiological damage to young maize plants, making their leaves become discolored and, in the case of severe drops in temperature, killing parts of the plant or even all of it.

According to the researchers' original hypothesis, the tolerance of a maize plant to dryness and drought is closely related to its cold tolerance. The advantage of cold-tolerant hybrids is that they can be sown earlier, meaning that their flowering, the most sensitive period in terms of water demand, can take place earlier. As a result, this allows for cultivars with a longer vegetation period and a higher yield to develop, increasing overall yields and reducing the level of moisture in the grain at harvest. In terms of the emergence and initial development of maize, the main influencing factors are low temperatures and moisture levels after sowing (Image 1). Seeds germinating in cold soil are often attacked by fungal infections (Fusarium), so seed treatment is also recommended for early sowing. Maize that adapts to low temperatures is therefore cold-resistant, resistant to soil fungi, and able to grow and develop at low temperatures (Diagram 1). 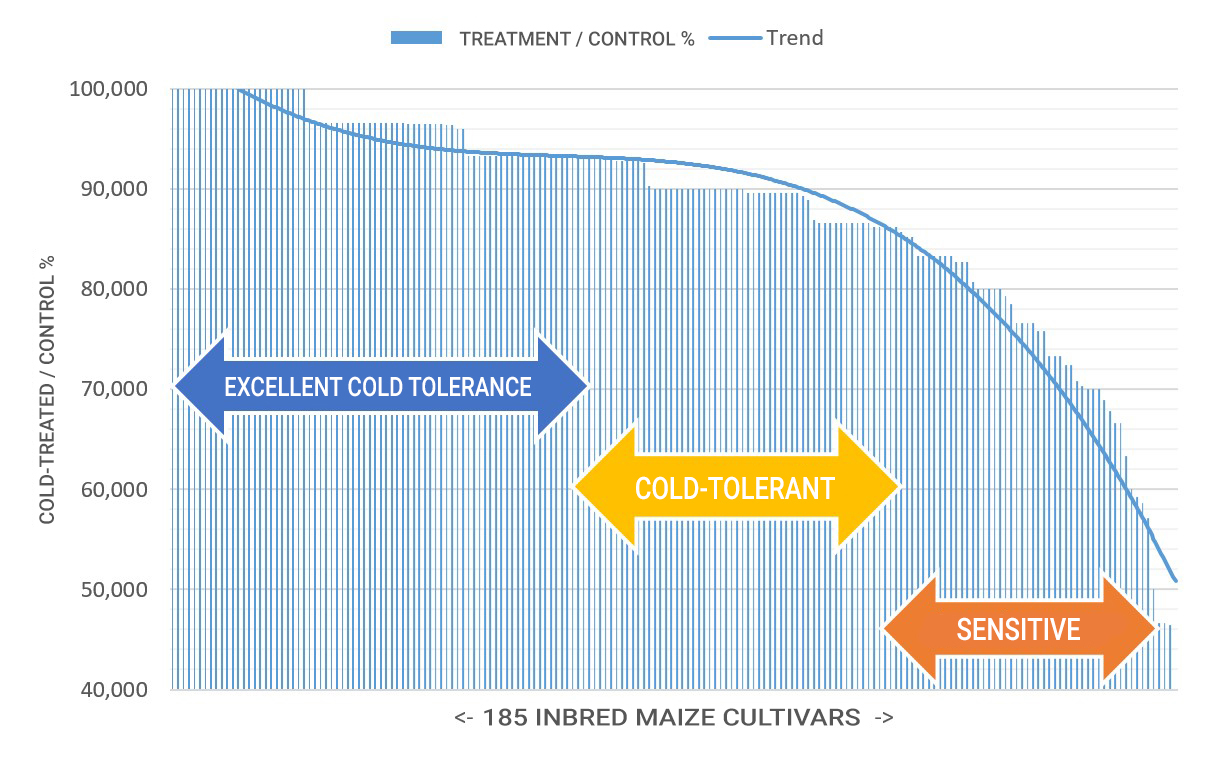 Diagram 1: germination values of 185 cold-treated corn cultivars as a percentage of control treatments

In order to investigate cold tolerance, researchers have in recent years conducted cold-test-type experiments in phytotron climate chambers, during which they observed the phenotypic changes of 185 inbred strains with different genetic backgrounds under the influence of cold. The researchers set up seed-treated Fusarium-infected and control treatments. Depending on the treatments, the germination capacity, chlorophyll content and initial development of the plants, up to the 3-4 leaf stage were examined. A ten-day period of cold incubation at 8 degrees Celsius (°C) was followed by 20 days of germination at 13.5 °C. As a result of the experiment, nearly 80 inbred cultivars proved to be cold-tolerant. 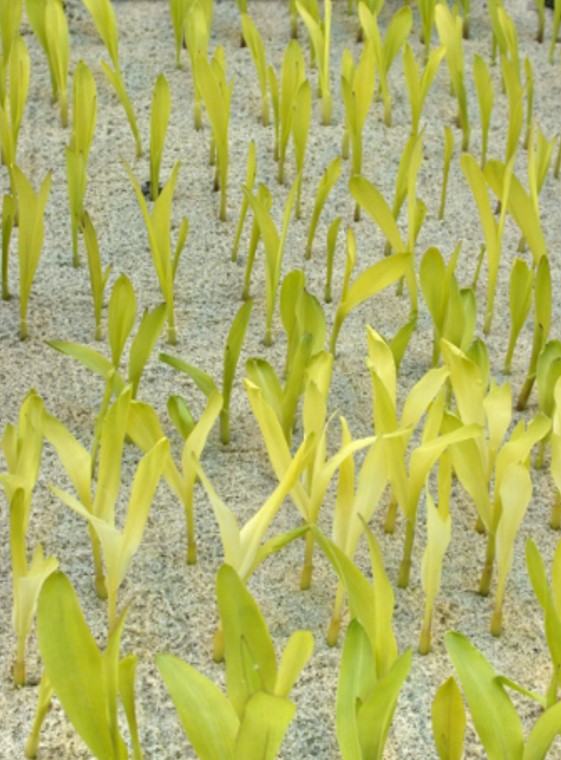 Image 2: Cold tolerance experiment in the phytotron climate chamber. Different genotypes respond to cold treatment in different ways. Cold tolerance is evaluated by researchers on the basis of the above-ground dry matter mass of the plants and the chlorophyll content of the leaves. (Photo: István Pók)

Another objective of the researchers was to identify, through genome-wide studies, the traits and marker-trait correlations that are most decisive in the creation of cold-tolerant genotypes, thus speeding up the subsequent task of selecting them.

Figure 1: The most likely separation of the examined maize lines based on their cold tolerance, based on a Bayesian statistical approach using the STRUCTURE 2.3.4 software package, represented on a Jaccard dendrogram

In order to study the kinship relationships and population structure of the examined genotypes, the genetic similarity of the genotypes was determined based on the filtered SilicoDArT marker data using three similarity coefficients ‒ Dice, Eucledian, and Jaccard ‒ after which the results were represented in similarity matrices (Figure 1). These similarity matrices served as the basis for a neighbor-joining agglomerative clustering analysis, with which the researchers performed a phylogenetic reconstruction and produced dendrograms using PAST v.4.02 software. The root of the tree was determined using the ‘final branch’ method for easier transparency. The reliability of the nodes of the dendrogram was checked using the ‘bootstrap’ procedure (1000 repetitions). The genotypes that, based on the results of the neighbor-joining cluster analysis examining the phylogenetic relationships, belong to each subpopulation with a probability of at least 70 percent are marked with a color code. The information in the similarity matrix was displayed in the form of a point map using principal coordinates analysis (PCoA) (Figure 2). On the graphs created using this method, the geometric distance between genotypes reflects the genetic similarity between them. The grouping of the genotypes reveals genetically similar strains and reflects the population structure. The first two coordinates of the principal coordinate analysis based on the Dice similarity coefficient explained 11.7 and 8.5 percent of the genetic variance, respectively.

In the course of dividing them into groups, the researchers determined the range of genotypes suitable for improving cold tolerance on the basis of the phenotypic data and the results of the cluster and principal coordinate analyses in order to allow for further improvements to the cold resistance of the hybrids used in general cultivation. As a result of the research, the maize cultivation zone can be expanded further north, and the hybrids can be sown earlier in the year in Hungary, meaning that the flowering stage can be brought forward to the beginning of July or even the end of June. The phenophase, which is the developmental stage most sensitive to water deficits, will then become more likely to take place unimpeded, greatly boosting fertility and increasing the number of grains per ears. One of the factors in crop loss due to drought and the rapid changes in the number of grains per ear, can be stabilized, significantly improving the yield security of hybrids in Hungary.