Andrea Opitz, senior research fellow at the ELKH Wigner Research Centre for Physics (Wigner RCP), Space Physics Research Group has been invited to chair the Award Committee of the European Space Weather and Space Climate Association (E-SWAN) founded this year. The Award Committee is responsible for deciding on three prestigious prizes, the Birkeland Prize, the Chizhevsky Prize and the Nicolet Prize. Its members are selected from among the most eminent researchers in the field. Andrea Opitz has just been invited to lead this prominent group, which is a great recognition not only for her work, but also for the Hungarian space research.

The Birkeland, Chizhevsky and Nicolet Prizes were established in 2013 to recognize researchers who have made outstanding international contributions to the field of space weather and space climate research. The Award Committee is composed of eminent researchers in their respective fields of space science. The prize winners of a given year are automatically invited to serve on the committee for the next three years. There will also be one delegate from the governing body of E-SWAN, the editorial board of the Journal of Space Weather and Space Climate and the European Space Weather Week (ESWW) program committee. 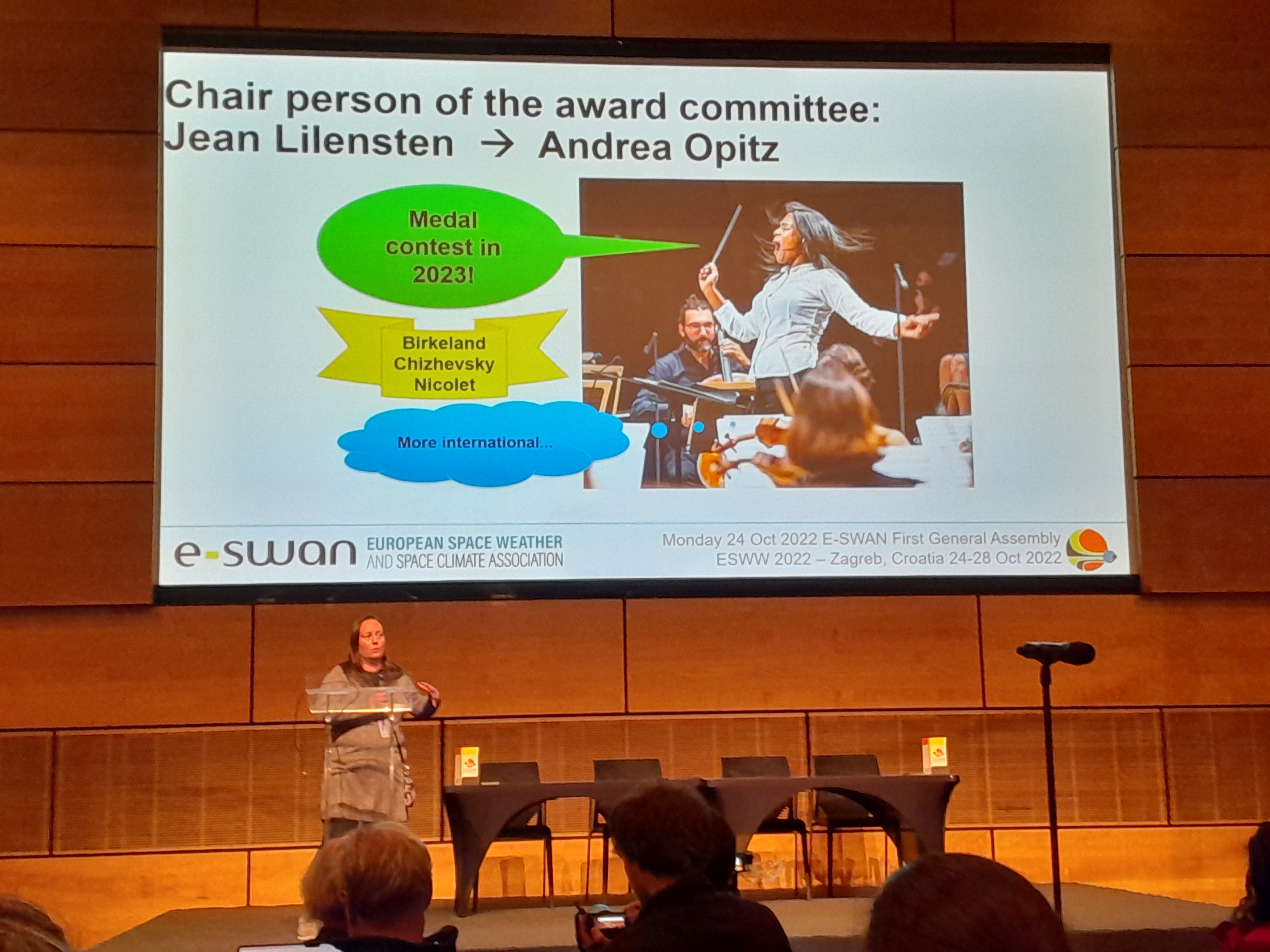 The Hungarian connection to the international Award Committee of E-SWAN goes back to the 2018 Birkeland Prize having been awarded to Tamás Gombosi, a Hungarian professor who became world famous in the field of space weather research. He was a staff member of KFKI, the predecessor of Wigner RCP, until 1985 and is currently working at the University of Michigan.

Research into space weather is becoming increasingly important today, as a phenomenon taking place in space can have a major impact on ground-based technology, electrical equipment and navigation devices, and it can also have a significant impact on the health of aviation staff, for example. This is why more and more attention is being paid to this area. Important research is carried out in extensive international cooperation, in which Wigner RCP is also greatly involved. One of the main tasks of the Space Physics Research Group of the institute is to investigate space weather phenomena in projects as part of H2020, ESA and NASA international collaborations.

Recognizing the importance of space weather, the E-SWAN association was founded this year to coordinate the fragmented European space weather and space climate related activities, including the management of the awards program, the organization of the European Space Weather Week, and the editorship of the now widely recognized Journal of Space Weather and Space Climate, which is now more than ten years old. 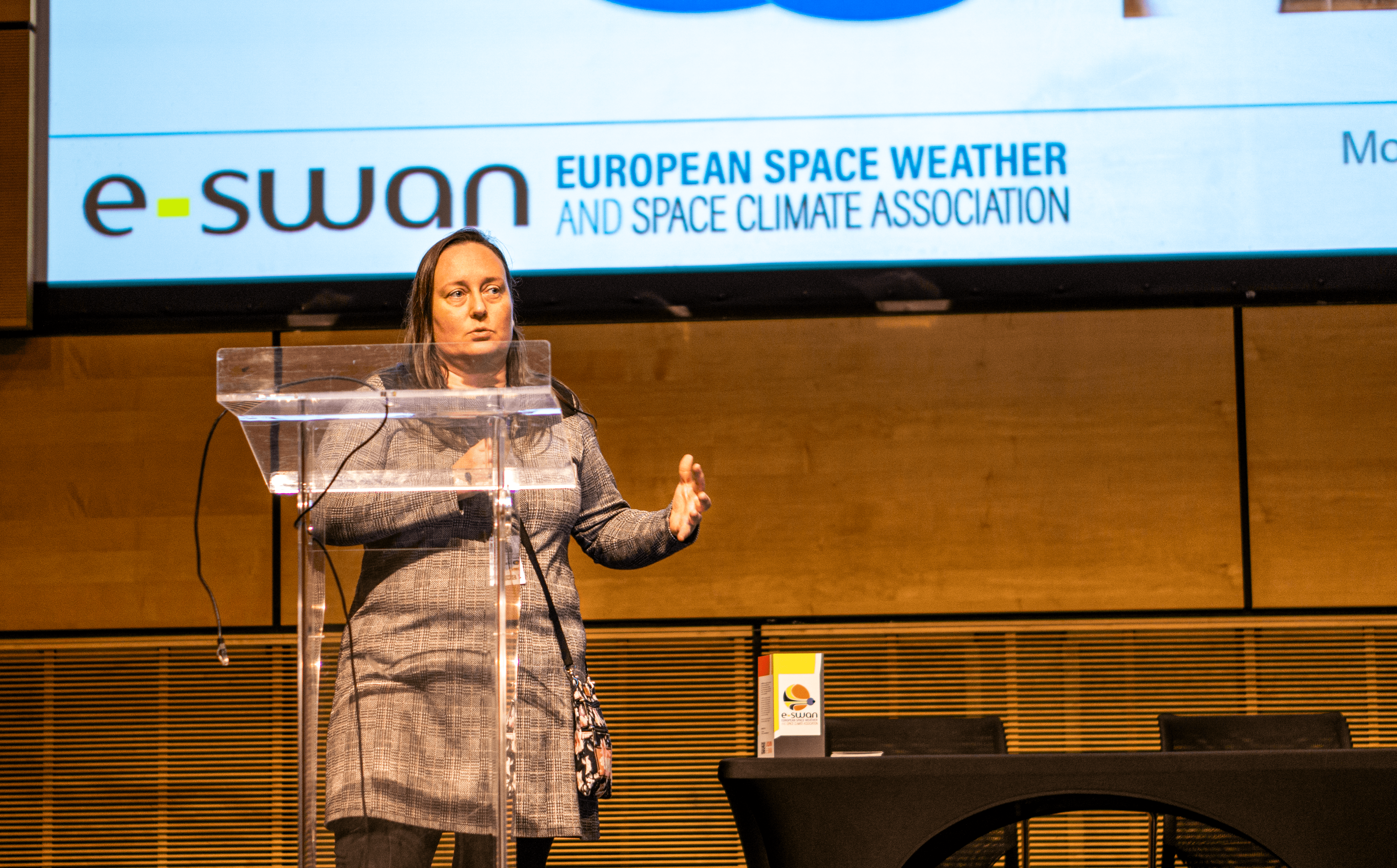 Andrea Opitz received the mandate of chairing the international Award Committee of E-SWAN at a ceremony held on October 24, 2022, during the European Space Weather Week, where she introduced herself and leveraged the opportunity to present her plans.